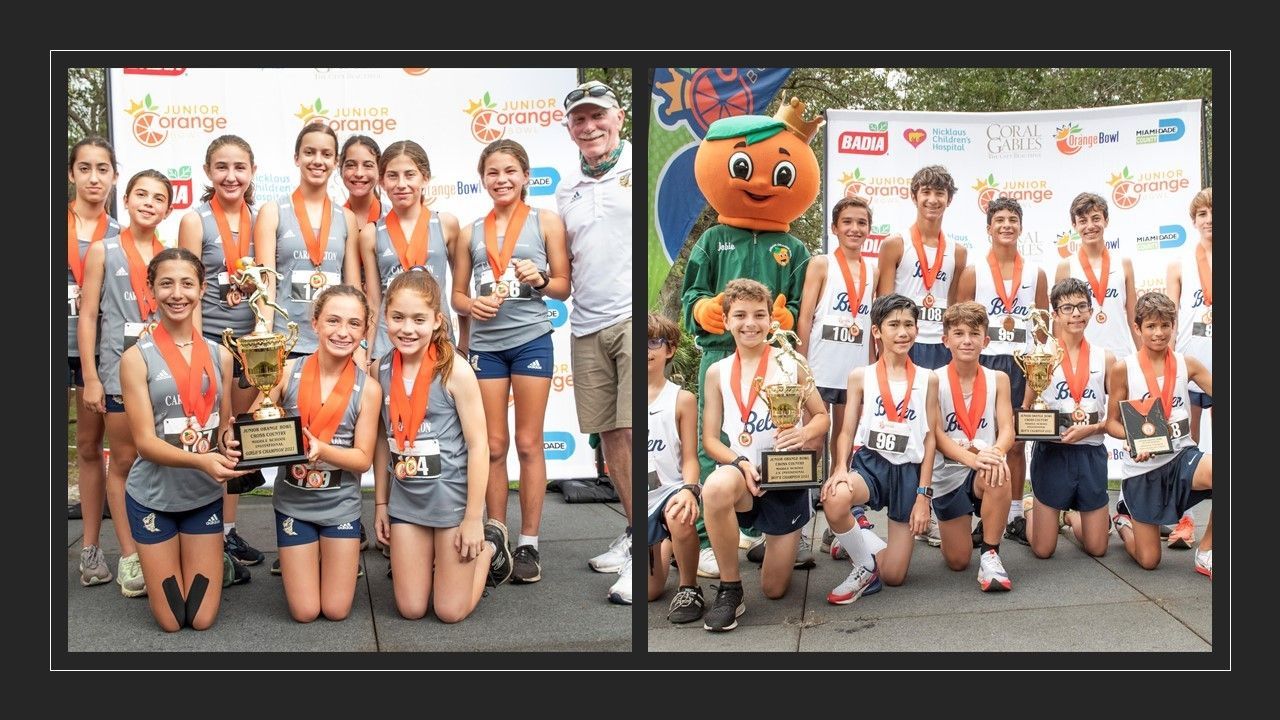 The Junior Orange Bowl’s 22nd Annual Cross-Country Invitational hosted ninety middle and high school teams at Larry and Penny Thompson Park in South Dade last Friday. The top twenty runners in each race received medals, along with a plaque being awarded to the individual race champion. In addition, the top three teams in each race received a trophy and team medals. Race logistics were led by Co-Meet Directors: Florida National University’s Director of Athletics Ryan Raposo and former Miami Dade County Public Schools Coach and current Meet Timer Larry Wooten, along with their team of volunteers.

Full race results can be found at:

As the middle school runners loaded their buses to depart the venue and the high school athletes arrived for check-in, the weather turned ominous with clouds and lightning. After a nearly two-hour delay in torrential rain, the weather didn’t cooperate, and all six high school races were canceled. As one of the last major invitational style meets of the season, high hopes were dashed, however coaches and athletes understood that safety always comes first. We look forward to welcoming our youth runners again next year in October 2022.

“Unfortunately, the weather prohibited from the running of the high school division races, however the overall event received high praise from coaches and athletes alike throughout the day. From the refreshments to the awards, everyone was able to really see the effort put forth. The Junior Orange Bowl’s commitment to youth athletics, especially in our cross-country community, is second to none and I hope to continue to see this event grow and become more prestigious in the future.” – Ryan Raposo, Co-Meet Director