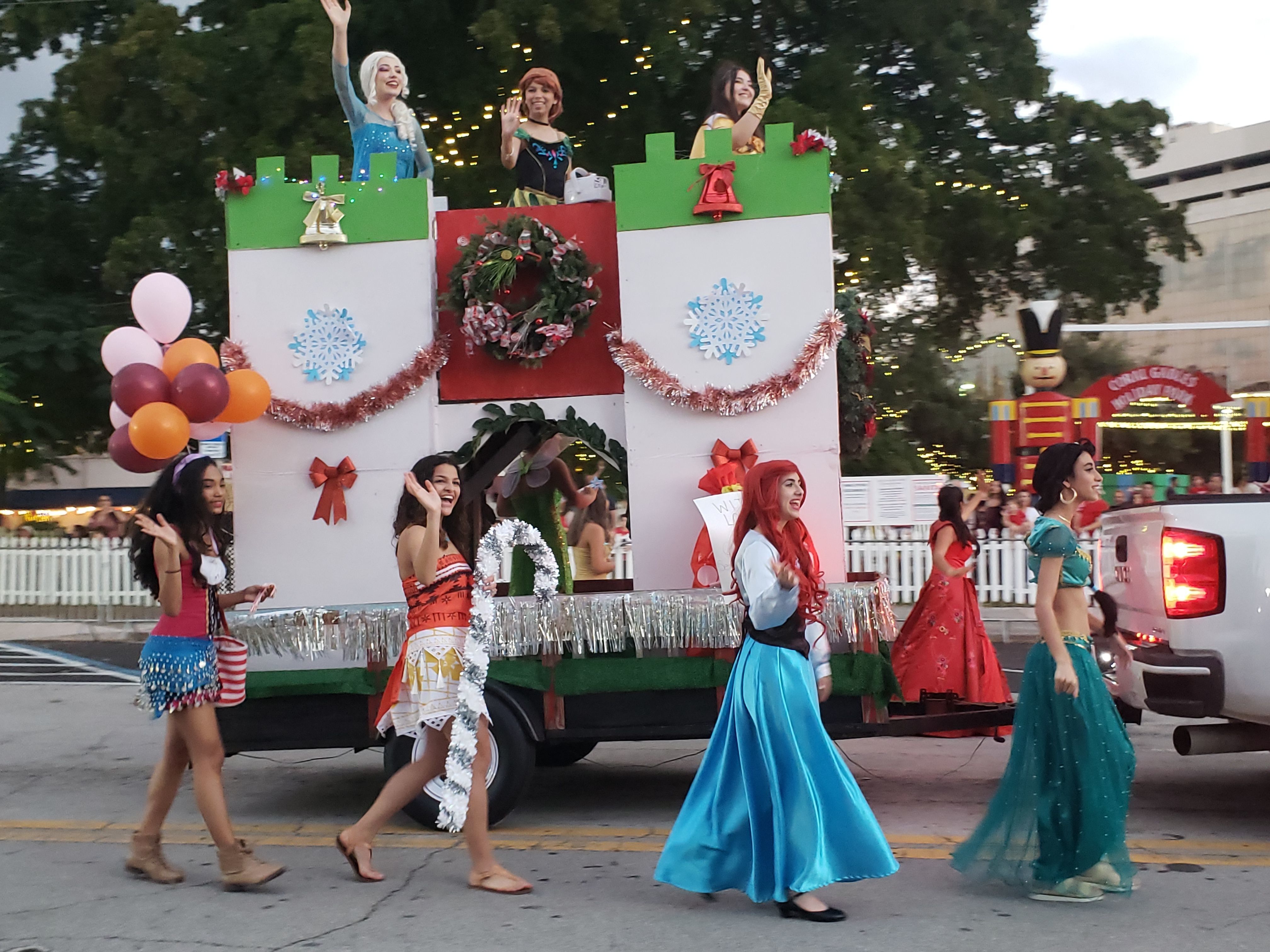 The 73rd annual Junior Orange Bowl event: Miracle on the Mile, A Holiday Parade and Celebration travelled through the streets of downtown Coral Gables last night performing to thousands of fans street side as well as a sold-out VIP Hospitality crowd in the grandstands. The Jay Valor Band delighted guests with musical sounds while they enjoyed complimentary food and drinks.

The Florida Memorial University PEP band opened the pre-parade show and singer Jessi Ryan graced the parade goers with the National Anthem. Grand Marshal Jonathan Fisher received a key to the City of Coral Gables from Mayor Vince Lago. MC Gigi Diaz drew the grandstand patrons into the fun announcing each parade unit as they travelled the TV area. NBC6 Meteorologist Steve MacLaughlin ordered fantastic weather for the event and commentated the parade for NBC6’s rebroadcast planned for December 29th at 12:30 PM on NBC6.

The Fan Vote is still Live

You can vote for your favorite Marching Band and Parade Unit on the Y100 promotions page, presented by iHeart Media. Voting began yesterday and closes on December 29th at end of the Parade Broadcast on NBC “6 in the Mix”.