Lia Belibova wins Girls' 12s final over Russian Christina Lyutova in a 6-3, 6-1 victory to become the first champion from Moldova 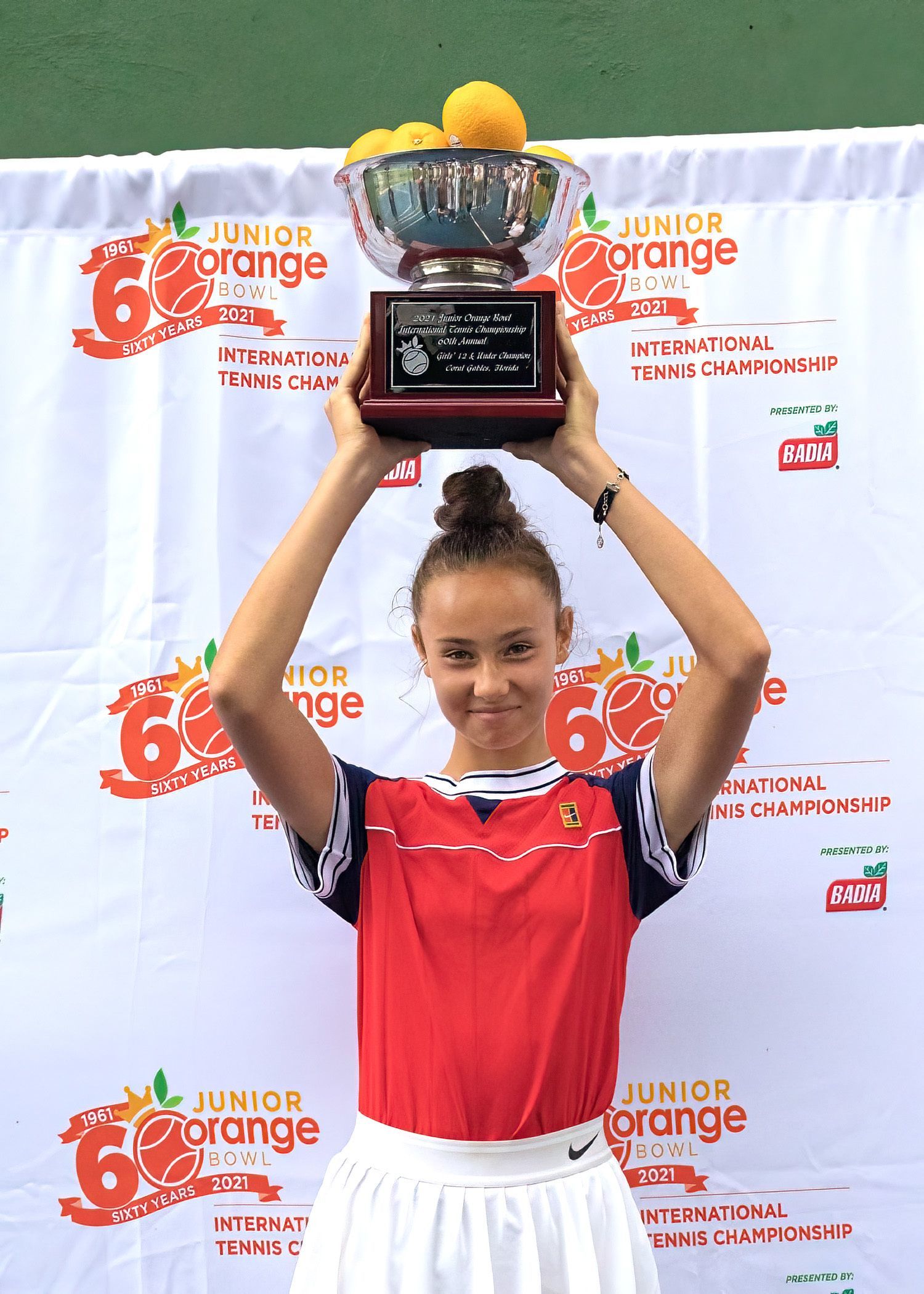 History was also made in the Girls’ 12s final when Lia Belibova, the third seed, was just too consistent for top-seeded Russian Christina Lyutova in a 6-3, 6-1 victory to become the first champion from Moldova to win this Level 2 tournament. She didn’t allow more than four games in six of her seven matches.

“It’s a big step for and I want to continue to practice to be stronger,’’ said Belibova, who trains in Istanbul at Soul Academy with Aussie coach Gavin Hopper. “At 3-3, I started to play smarter, to be smarter and more stable, play a point at a time.”

The most famous pro from Moldova is Radu Albot, who reached a career-high of 39 in 2019 when he won his lone title in Delray Beach. Albot and 2017 US Open champion Marin Cilic occasionally train at Belibova’s academy, so she has photos with both.

“I want to become the first ranking in the world,’’ said Belibova, who hurt her back in a semifinal loss in the Level 2 Eddie Herr International Tennis Champions earlier this month.

A heartbroken Lyutova, who trains in Redmond, Wash., at Gorin Tennis Academy, doesn’t speak English, and cried after match point and during the trophy presentation.

In the all-American Girls’ 14s final between 2021 Easter Bowl champions, top-seeded Iva Jovic of Torrance, Calif., rode a critical break at 4-3 of the first set to reel off the final eight games for a 6-3, 6-0 victory over fourth-seeded Shannon Lam of East Brunswick, N.J.

“That was a long game, but I came away in the long rallies and that game gave me confidence,’’ said Jovic, the fourth American girl to win this division in the last five Junior OBs (2020 event was cancelled).

Jovic’s athleticism and the depth of her groundstrokes wore down her seven opponents this week, in which she didn’t give up more than three games in any set.

“I came out ready to play and thought about every match as they came,’’ said Jovic, who trains at the Jack Kramer Club near Los Angeles. “I didn’t think ahead and just played my game. I was aggressive and didn’t let anyone push me back.”

“She’s so consistent, even when you hit the ball hard, she just doesn’t get it back, she would hit it back with even more spin and really deep,’’ said Lam, who will play the Winter Nationals 18s next month. “It was amazing.”