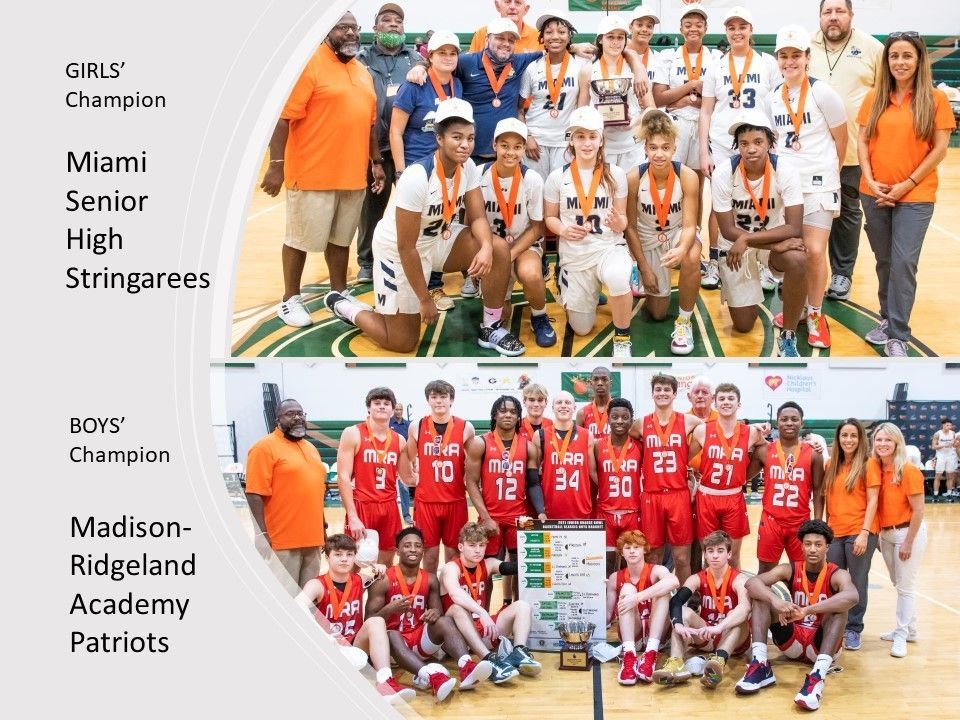 MIAMI, Fla. - (December 30, 2021) - Two teams fought their way to the winners circle for the Junior Orange Bowl National Basketball Classic held Thursday at Westminster Christian School in Miami, Florida. In the Girls' division, the Miami Senior High Stingarees beat the Florida State University Seminoles in the final game 63 to 41 to win the Championship.

In the Boys' division, the Madison-Ridgeland Academy (MRA) Patriots from Madison, Mississippi beat the Lakota East Thunderhawks from Liberty Township, Ohio with a score of 84 to 65 to win the Championship.