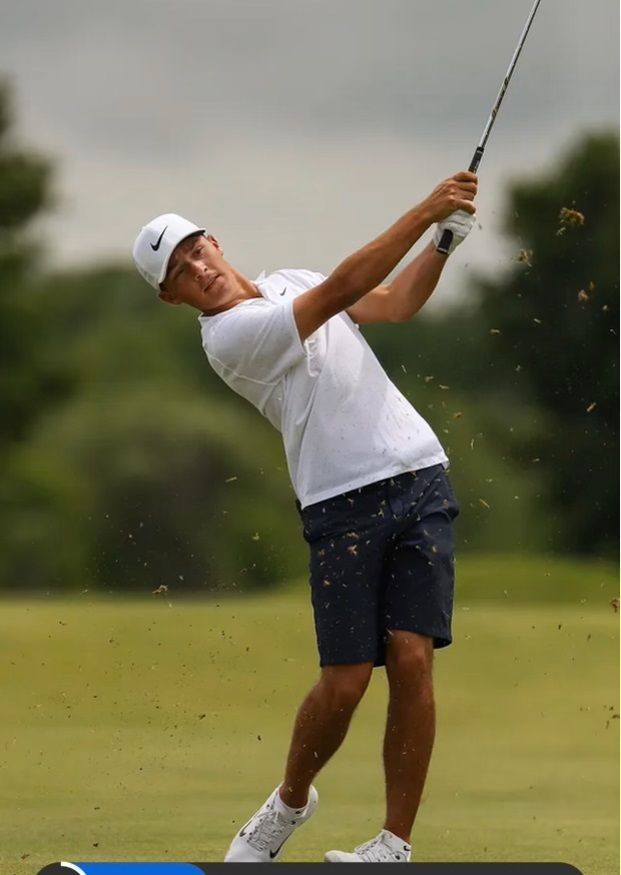 A birdie at the par-5 first hole quickly put the Florida teen into red numbers. Then he chipped in for birdie at No. 2. And he nearly holed out for eagle at No. 3, seeing his approach shot kiss off the flagstick.

“I’m just thinking it’s time to take over and see what I can do,” said Brooks.

Though the pace inevitably slowed down, the Florida teen still finished his day with a 6-under-par 65 and a three-shot advantage over his nearest pursuers at historic Biltmore Golf Club.

Not bad for a guy who eight weeks ago was laid up after an automobile accident.

“I’m just happy to be swinging a golf club again rather than lying in bed,” said Brooks.

France’s Vairana Heck also used a sizzling stretch to lead the girls’ division, notching two eagles to offset a rough start on the way to a 67 and a two-shot lead over Junior PGA Championship titleholder Anna Davis (Spring Valley, Calif.).

“I started out kind of bad,” said Heck, who found herself 3-over par after just three holes after starting on the back nine. A 30-foot eagle at the par-5 15th turned the momentum, and she eagled again just before the turn.

“With those eagles, it gave me confidence,” added Heck, who followed Monday’s second eagle with three birdies in her next four holes.

A day that started out sunny and warm turned more challenging as the rounds went on. A cold front began to creep over South Florida around midday, dropping temperatures slightly as the wind shifted to out of the north.

“You just had to adapt and move on,” said Tommy Morrison (Frisco, Texas), second behind Brooks after a 68.

Despite the midday change of conditions, Monday produced five rounds in the 60s.

“The wind definitely made the course more challenging, but it wasn’t that much more difficult,” said Canada’s Lauren Kim, third on the girls’ leaderboard after a 70.

Though Brooks’ 65 was no threat to last year’s record 62 by eventual winner Sebastian Moss, it left him squarely in the driver’s seat. He finished Monday as the only player to go bogey-free on Day 1.

“I just got a lot of confidence rolling from the beginning,” he said.

What makes his start more remarkable is that he’s been back in action just three weeks since recovering from the Nov. 5 accident.

Brooks, a junior at Spanish River High in Boca Raton, was driving to classes when a school bus pulled out and forced him to slam on the brakes. He was struck on the front driver’s side, suffering five bulging discs in the impact.

“I didn’t to go school for a couple of weeks,” Brooks said. “I couldn’t even sit down; I was just on bedrest for a while. It was just a matter of getting 1 percent better each day – stretching, going to physical therapy, doing all of that.”

Brooks didn’t touch a golf club until mid-December, when he got an alternate’s spot into the South Beach International Amateur. He also began that one birdie/birdie/birdie on the way to an opening 66, though he couldn’t sustain the momentum over the next three days.

On Monday, the results were pretty impressive. At the par-3 second hole, Brooks chipped in from pin-high left of the green. Then facing just a 60-yard approach at No. 3, he watched his ball take a bounce and hit the flagstick for a kick-in birdie.

“When he gets hot, he can take it low,” said Morrison, who was observing Brooks from one group behind. “I knew I was going to have to make some birdies to keep up with him.”

Cayden Pope (Lexington, Ky.) was four shots off the pace after an opening 69. Miami native Anthony Garcia was among four golfers another stroke back.

Heck began Monday with a double bogey and added a bogey two holes later, but didn’t give a shot back to par the rest of the day.

A 3-iron approach at No. 15 left her 30 feet from the pin, but her putt was true to change the tide. It began an eight-hole stretch in 7-under par.

Davis, meanwhile, played a steady round that featured one birdie, one bogey and an eagle at the par-5 18th.

“I didn’t know it was a par-5,” said the California teen. “I just hit a 5-wood up there to something like 4 feet and made it. There’s a few holes out there that can get you, but this course is fun.”